FROM THE CHAIRMAN’S DESK

Firstly, let me thank all members of the IIA-WB for appointing me Chairman of the Chapter. I feel humbled and forever in your debt.

I also thank all members of IIA for the new post of Jr. Vice-President. While the enormity of this accolade sinks in – and with your valuable support, advice and cooperation – I vow to do my very best to further the common interests of the IIA fraternity.

I would also like to congratulate the new executive committee of the IIA West Bengal Chapter and am very hopeful that the new committee will live up your expectations in their turn. We are gearing up for the biggest event for this year’s calendar, IIA West Bengal Chapter Convention at Stadel on 28th-29th June 2013. Our theme for this year is “HA+D-Hospitality ARCHITECTURE & DESIGN” and stalwarts of hospitality architecture will come and present their works. It will be a very good platform for the students, young professionals as well as other members of the architecture fraternity to learn, discuss and experience the concepts and ideas they go into these complex multi-parameter processes of design. We expect maximum participation from all of you. Apart from our chapter election we also witnessed the handover of the new committee of IIA parent body at the national convention at Raipur, Natcon 2013.

I take this opportunity to thank our cricket team which consist of members from our chapter and Assam centre who are toiling hard on the field against stiff opponents. We would like to be consecutive winner of the Airtel Cup this year. I wish them good luck. To end with an icing, I’m really happy to share with you that the Honourable Mayor of KMC upon our request has agreed to waive 50 percent of the sanction fees for our Chapter building. I would also like to appeal to all of you to come forward and let us finish the building as early as possible.

Last but far from the least, I wish all of you a Subho Nabobarsho (a very happy and prosperous Bengali New Year). Once again, I just can’t thank you enough for your kindness, love and support.

The IIA national Convention 2012 (NATCON 2012) was held at Raipur, Chattisgarh between 28th -29th of December 2012. The theme for this Convention was ‘De-growth in architecture’ The concept proposed a framework for transformation to a lower and sustainable level of production and consumption, a shrinking of the economic system to leave more space for human cooperation and ecosystems. It aimed at inventing a new societal pattern based on sufficiently moderate consumption of resources.

As the Eastern Zone Cricket Champion our team participated with other zone champions like Madhya Pradesh (central zone) and Andhra Pradesh (south zone). Andhra Pradesh came out as winners in the final.

The event was jointly organized by the Commonwealth Association of Architects (CAA) and Institute of Architects Bangladesh (IAB) supported by Commonwealth foundation. This year’s theme of the conference was ‘Architecture, Response and Responsibility’. Renowned architects from overseas as well as from Bangladesh made presentations at this Conference.

The president of IIA Ar. Prakash Deshmukh and delegates from West Bengal Chapter under the leadership of Ar. Dilip Chandra Chatterjee were invited by the Institute of Architects Bangladesh as special guests to attend the convention at Dhaka. Other members include Ar. Subir basu, Ar.Malay Ghosh, Ar.Debotosh Sahu, Ar.Anjan Ukil, Ar.Sudipto Seal, Ar.Subhojit Dey and others. The convention was held between 19th -24th February 2013.

We remain thankful to our friends from Bangladesh for this wonderful gesture. 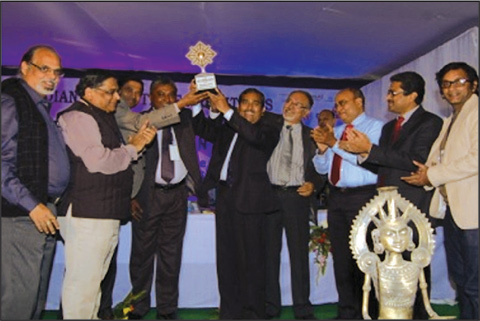 Immediate Past Chairman Ar. Subir Basu along with other members of the Chapter receiving the best Chapter from IIA, Immediate Past President Ar. Prafulla G. Karkhanis

It is our great pleasure that this year our very own Ar. Gita Balakrishnan has been given the responsibility to function as the guest editor for JIIA magazine by the IIA publication board which has given special emphasis on West Bengal for this issue. She will need active support from all of us.

Articles/queries could be sent to ethosindia09@gmail.com
Members are also requested to visit http://www.iiawbchapter.org/notice_board.htm for the guidelines.

In congruence with the growing trend in hospitality architecture in India especially in the eastern region, the West Bengal Chapter is organizing the two-day Chapter Convention on 28th and 29th of June 2013 on the theme ‘HA+D——-Hospitality ARCHITECTURE & DESIGN’ at The Stadel.

This year, the convention is poised to showcase and chronicle the different aspects of constructing hospitality buildings, from the design of spaces to the various services associated with it. The eminent speakers who will grace the occasion are Ar. Mustafa Kamal Palash of Bangladesh,Ar.Channa Daswatte of SriLanka, Ar.Sanjay Puri ,Ar. Rahul Kumar and Ar.Canna Patel from India.
Date: 28th & 29th June
Venue: The Stadel

We deeply regret our inability to bring out the February issue of this newsletter and request your concurrence in treating this issue as a combined one for February and April 2013. This issue then, gives us the singular opportunity of wishing you a Happy New Year and Shubho Naboborsho in the same breath!

Just the other day I happened to meet a bunch of young enthusiastic architects who expressed their unwillingness to be involved in seminars and conferences, as according to them, these were a waste of resources, especially time. We would love to know your opinion about this but this is what we feel – in a world that is shrinking in size yet human relationships choose to be increasingly distant, conferences are a great way of forging new contacts, strengthening existing ones and most importantly ensuring exchange and fruition of ideas. It is with this outlook that we at IIA continue with our Conferences and lectures which we hope will remain positively disposed for all. While recently concluded conferences at national and international levels were well represented by IIA WB Chapter, the Chapter promises to host its Annual Convention with the topical theme of ‘Hospitality Architecture and Design’ in the grand manner it has set for itself.

The Chapter is so honoured to have an entire issue of the Journal of Indian Institute of architects dedicated to West Bengal and its current status of architects and architecture. In this regard we request you to respond to the boxed appeal on the next page, at your earliest.

With the very best of wishes for Naboborsho

NEWS FROM THE PROFESSIONAL/ LEGAL/HERITAGE SUB-COMMITTEE: 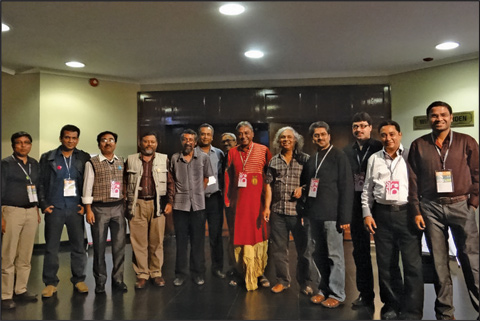 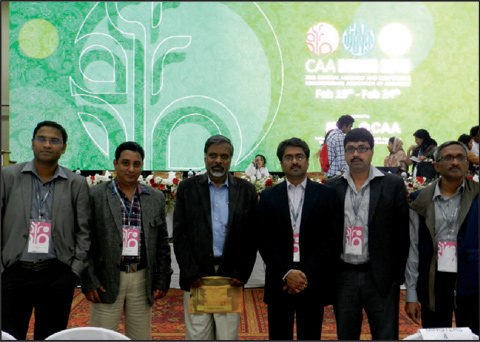 Winners of the Airtel Cup ( previously known as Airtel Ambuja Cup) last year, our cricket team is fighting a gruelling battle over 22 yards against strong opponents like KMC,KMDA,Rites Kolkata office and Airtel to retain the title this year.We extend our full support for the team . The good beginning has already started by a win over the KMDA team. 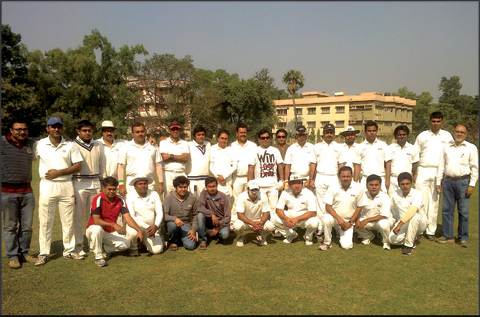 We take this opportunity to wish all our ARCASIA friends a very happy Bengali New Year’s Day. The Insitiute of Bangladesh (IAB) has sent us a beautiful card for this occasion. 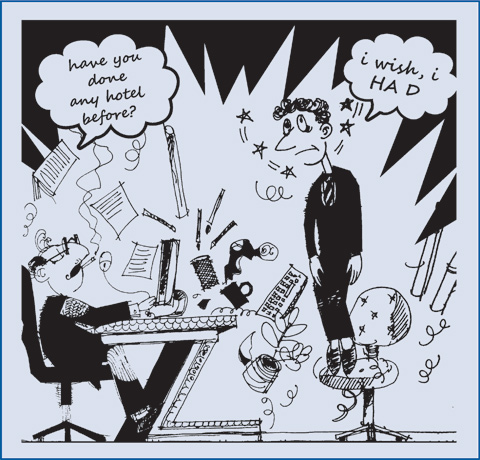